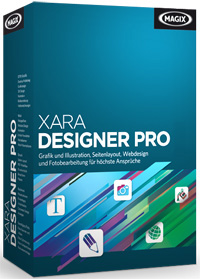 By popular demand, you will now have the option for an object to scroll to the top and then stick.

On reveal animations were one of the hits of v11. These are animations that are triggered as your object comes into view, and we’ve added 40 new animation types that work on reveal, such as bounce, zoom and flip.

Parallax Scrolling Effects
The must-have effect for any contemporary site, parallax is a kind of 3D effect created by the background moving at a slower rate to the foreground.

New Scrolling Animations
We also have a completely new type of animation. You’ll find 30 ‘scrolling animations’ in the Reveal tab of the web animation dialog, which link an animation to the position of the scroll bar. Instead of the animation running once when the object first appears (like reveal animations), the object animates whenever the document is scrolled, and the speed of the animation is proportional to the scrolling speed.

Other Web Improvements
A new and improved media player (by default it uses the HTML5 capabilities of the web browser to play the audio and video where the browser supports it, otherwise Flash)
The preview window has been updated to include MS Edge preview (Windows 10)

Easy Move, Rotate & Scale for Photos
Select a photo in the Photo tool and you’ll see some new handles on the photo, for scale, rotate and crop. It’s a lot easier and more intuitive than using the Fill tool for these simple but frequent actions, and it’s smarter too – ensuring you never see any gaps around the edge of the photo when you move it in its frame or change the shape of the frame. Top Tip – it’s great for horizon straightening!

Create some dramatic contrast and saturation effects with this new option on the photo enhance toolbar, which simulates a traditional photographic effect created by using the wrong chemicals (digital photo editors such as PGD achieve the same effect by manipulating the red, green and blue channels).

Photo Filter Pre-Sets
A wonderfully quick and easy way to apply popular effects to your photos.

You’ll find more than 25 ready-made effects in the Content Catalog (image resources > photo filter pre-sets). Simply select your photo and hit Import! What’s more you can continue to edit the effects using the Enhance tool or Brightness Levels dialog, and if you replace the photo the effects are retained.

Cutting an object out of your photo is now as simple as clicking along the edge of the object to be cut, and hitting Cut!

Photo Effect Painter
Check out the new paintbrush tool on the photo fly out. Now you can simply ‘paint’ on photo effects such as the new dodge and burn. And what’s more you can still edit the values of the effect, or edit the painted region with the Region Painter or Erazer.

EXIF Tool Improvements
The EXIF tool has been enhanced, so it now supports IPCT and SMP tags.

Panorama Tool Improvements
Fans of the integrated photo panorama tool will be happy to see some big improvements.

Symbols & Icons
Check out Insert > Symbol. These are not just useful symbols and icons that you can add to your text, but fully editable vector shapes!

The popular Font Awesome collection has been updated, and is now supplemented by a collection of Google Material Design Icons making more than 1500 symbols in total
We’ve added a search function for the symbols, eg search on ‘Face’ and it will show you Facebook symbols, smiley faces etc
The symbols will be automatically updated as new versions become available
Plus there’s improved handling of symbols that have been added to your text (so for example they aren’t affected by font changes to the text)
A new right click Replace Symbol option (including symbols in bullet lists)

Other Text Enhancements
A new ‘keep with next paragraph’ option, typically used to prevent headings appearing on the last line of the page or text column
And a ‘keep lines together’ option, which can be used to prevent paragraphs from being split across pages or columns
Better handling of text on buttons (so font and font size changes are synchronized on the mouse off and mouse over state)
Improved subscript / superscript positioning
A new rectangular text repelling option
Option to change the case of selected text, switching between UPPER CASE, lower case or Sentence case
The spell checker menu now allows you to set the language for your whole document
Improvements to the auto-kerning (now supports kerning between character classes, so many newer OpenType fonts now render with the correct kerning)
An extra toolbar for the advanced text options, positioned under the InfoBar by default
You can now select just the bullets/numbers in bulleted/numbered lists, so you can then adjust the color, size or font independently of the list text
Two separate numbered lists can now be linked (so for example you could have a graphic in the middle)
And other minor enhancements