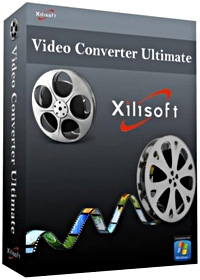 Easy, fast, reliable, and loaded with features. Besides capable of converting standard videos of all popular formats, it also supports the conversion from standard videos to 3D videos as well as the mode conversion among 3D videos. Now you can convert video, audio, and animated images to play on your PSP, PS3, iPod, iPhone, Apple TV, Xbox, Google phones, iPad, iPad2 and other digital multimedia devices. All is made possible with Xilisoft Video Converter.

Convert Videos with Super High Speed
Convert a video in an instant with multi-core CPU processing and set the number of cores for conversion to customize conversion speed.

Video and Audio Conversion
Whether you are converting between multifarious video formats (such as AVI, MPEG, WMV, DivX, MP4, H.264/AVC, MKV, RM, MOV, XviD, 3GP, and FLV), audio formats (such as MP3, WMA, WAV, RA, M4A, AAC, AC3, MP2, and OGG), or extracting audio from a video, they can all be done in a matter of clicks.

Transforming between Videos and Pictures
Produce a creative video from your favorite photos within minutes. Create a picture collection from your movies or fun videos as a souvenir/memento. View and enjoy them with your family and friends at your fingertips.

Merge Several Files into One
Enjoy your video/audio/picture collections differently by merging several of them together; add transitions between every two videos/pictures for enhanced viewing.

Clip Segments from Video
Clip your favorite sections of a video and merge them together to make the video you want with Xilisoft Video Converter.

Split a Single File into Several
Is a file too large for your iPod, iPhone, PSP, or mobile phone? Simply split it into several files to make it fit onto your multimedia device exactly.

Crop Frame Size to Retain What You Want
Crop the picture frame of a video to remove any unwanted areas from it using this video converter like a pair of smart scissors.

Optimized Conversion Profiles
Come with optimized and classified conversion profiles for a wide range of multimedia devices. Customize an existing profile and saved it as your own.

Convert a File into Several Formats Simultaneously
Select a variety of output formats for a source, and let Xilisoft Video Converter do the rest.