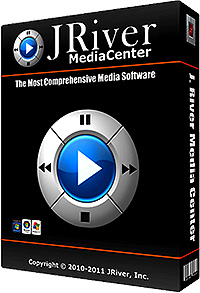 Audio, Video, Images, & Television. It connects PC to stereo, TV, remote control devices, digital cameras, scanners, and portable MP3 players. It plays all media, rips, burns, and organizes all your music, images, and video.
The leader in audiophile quality sound. The most powerful media database available; an essential tool for large collections. An endless source of satisfaction for tweakers and developers. Plays more file formats than any other player. Connected media from Netflix, Hulu, Last.fm, Youtube, Facebook, Twitter, Wikipedia. And it sends to Flickr, Facebook, and Twitter. 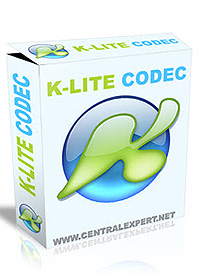 The K-Lite Codec Pack gets updated frequently. However, there may be worthwhile updates to some of the included components in between releases of KLCP. This update pack can be used to keep your current installation up-to-date.
Changes in Update:
Updated MPC-HC
Updated LAV Filters
Updated Codec Tweak Tool
Updated MediaInfo Lite… [ Read more ]

Creating a stunning video from the footage you took with your phone, ready to be posted on social media or blogs, using this application.

BeeCut is a lightweight, yet feature-rich video editing tool designed to help you enhance your media before publishing or uploading. Packing hundreds of filters and templates, the tool can come in handy for a wide variety of situations. Packs an editor to enhance your media files
The program comes with a modern and sleek interface that is also well-organized and unlikely to give you any trouble. As indicated in the tips, you can get started by importing a single file or a directory. On a side note, the app supports a wide range of aspect ration, including 16:9, 9:16 and 1:1, the latter being well known as working for Instagram. You will be happy to learn that the application comes with several advanced editing tools to help you make the most out of your video. Therefore, you can add various sizes and styles of creative masks, adjust the color, include pictures into the main image as well as customize footage on video, audio, PIP, overlay, filter tracks simultaneously, just to name a few.

The KMPlayer is a versatile media player which can cover various types of container format such as VCD, DVD, AVI, MKV, Ogg Theora, OGM, 3GP, MPEG-1/2/4, WMV, RealMedia, and QuickTime among others. It handles a wide range of subtitles and allows you to capture audio, video, and screenshots in many ways.

The player provides both internal and external filters with a fully controlled environment in terms of connections to other splitters, decoders, audio/video transform filters and renderers without grappling with the DirectShow merit system.
Internal filters are not registered to user’s system to keep it from being messed up with system filters.

The KMPlayer includes almost all the essential decoders required for media playback. Furthermore, to get beyond the limitation of internal decoders, the external ones such as commercial h.264 decoders or cyberlink/intervideo audio decoders can be specified, so that KMP works optimally by the users’ own customization. Even though the KMP is based upon directshow structure, it supports Winamp, Realmedia and Quicktime by the internal logic. Thus, it is possible to specify where to try to connect firstly the media in preferences.

The player can set multifarious audio and video effects, slow down or increase playback speed with regular … [ Read more ] 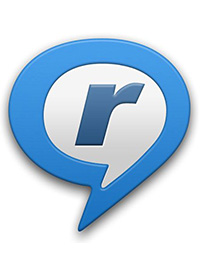 RealPlayer enables consumers to buy and download music that plays on more than 100 portable devices, including the Apple iPod.

RealPlayer is the only digital-media player you need for finding and downloading new music, playing and managing audio and video clips, and taking your digital entertainment with you.

RealPlayer offers a streamlined interface that allows you to keep your media library close at hand. Keep all your digital-media clips organized in one place; save CD tracks with one click; pause and rewind live streams; transfer music to CDs and portable devices effortlessly; and enjoy clear, smooth video playback and multichannel, surround-sound support.

Helix Powered RealPlayer is the all-in-one digital media player that lets you find anything and play everything. This popular streaming-media player offers improved video controls and access to 3200 radio stations.… [ Read more ] 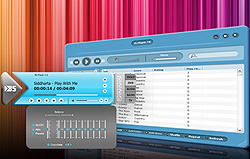 BS.Player – the best multimedia player (DivX, HD and AVC video, movie, audio, DVD, YouTube) in the world! Ever since the very beginning in the year 2000, the BS.Player™ has been one of the world’s most popular multimedia players. It is popular for many reasons, one however should be pointed out:

BS.Player™ is the first player ever to enable its users to focus on watching the movie instead of dealing with poor computer capabilities or running around looking for a proper setting and codec.

BS.Player ™ is used by more than 70 millions of multi media users throughout the world and it has been translated into more than 90 world languages. All downloaded versions of our FREE version exceed the sum of all downloads of competitive media players and payable DivX or DVD players. Because it does not use much of the CPU processing resources for multimedia playback it is suitable for all those who use slightly less capable computers.
Now, you can finally enjoy the playback of HD DVD and AVCHD movies of the highest quality with minimal system requirements.

BS.Player can playback any YouTube movie directly from the internet and save it to local disk.
Most importantly, BS.Player … [ Read more ] 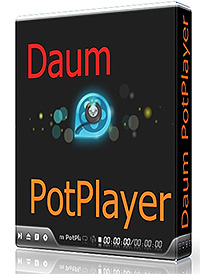 Diversity is a word that can be attached next to anything, from living beings, objects to virtual items. When referring to media files, these are found in an astonishing large variety of quality settings and formats. Luckily, specialized applications such as PotPlayer give you the possibility to enjoy your favorite songs and videos without worrying about compatibility issues.

Visually appealing and easy to use
The setup process guides you through a series of steps, which take very little of your time. Additional codecs are installed only if these are missing from your computer and not without your consent.
Running it unveils a pretty interface, with elements reduced to a minimum, yet managing to include all necessary playback options, volume slider and a decent, resizable preview section. A playlist can be toggled on, as well as a control panel, with the possibility to stick them to the main window and move around the desktop as a group.
Supporting a large variety of formats
Adding a media file is no rocket science, and barely requires you to drag desired items either over the playlist or the preview section. Lists can be easily saved and loaded when needed, as well as importing already … [ Read more ]

ALLPlayer is a software application whose purpose is to aid you play video and audio files, DVDs and URLs, with support for intelligent subtitles.

Straightforward environment
After going through a seamless installation process, you are brought to a modern and minimal interface. It encompasses a few playback controls (e.g. play/pause, fast forward, stop etc.), some buttons and a panel in which to view the video feed. Consequently, it becomes quite clear that both power and novice users can handle it with great ease.
Impressive file import capabilities
This tool can open an array of formats, including 3G2, AVI, MKV, AVI, FLV, DAT, MOV, M2TS, MP4, 3GP, VOB, MPG, APE, AU, MKA, MP3, OGG, WAV and AC3, as well as DVDs, audio CDs, animated GIFs and a specified link.
Search for online subs and enable an intelligent mode
When it comes to subtitles, you should know these can be uploaded using file extensions such as TXT, SUB, SRT, SSA and SMI, while you can also search for matching ones on the Internet (OpenSubtitle·org). Intelligent subs are incorporated, which means that their display time can adjust to your reading speed, and you should also know that the font type, size and color … [ Read more ]

DVDFab Media Player can smartly tell the movie folder you are loading is a DVD folder or Blu-ray one. In addition, it also has the capability to collect the movie infos available from internet, like title name, release date, rating category, director, actor & actress information, poster etc. So, you may get something you are interested.
Your current Media Player does not play the movie released last week? Dont worry, DVDFab Media Player can do this. As soon as you insert the protected disc into optical drive, DVDFab Media Player will access it and then connect its server to break the protection code in less than a minute, be it AACS or … [ Read more ]

With over 300 million copies sold, PowerDVD is the world’s number one movie and media player, serving up the highest quality, most immersive media entertainment experience available on PC.

PowerDVD now brings this award-winning experience to your big-screen TV, with a stunning new TV Mode that lets you recreate the atmosphere of cinema in your own home.

TV Mode — Bring the Movies Home!
Brand new TV Mode means you can enjoy a cinema-quality movie experience from the comfort of your sofa. Immerse yourself in a movie watching experience that’s beyond anything you’ve enjoyed before.

PowerDVD Remote
Sit back and relax while you browse and control your entertainment using your mobile phone.

PowerDVD Remote has been redesigned with the new TV Mode in mind.
Better-Than-Original Quality

CyberLink’s unique TrueTheater enhancements improve the quality of even Blu-ray and hi-def video, and the difference it makes to watching movies on your big screen TV has to be seen to be believed. Immerse yourself in the richest colors, sharpest images, most detailed picture quality imaginable and be blown away by dynamic, deep surround sound that will put you right in the middle of the action.

Media Casting to Big Screen
No other Windows … [ Read more ]