Google Chrome is a fast and easy to use web browser that combines a minimal design with sophisticated technology to make the web safer. It has one box for everything: Type in the address bar and get suggestions for both search and web pages. Will give you thumbnails of your top sites; Access your favorite pages instantly with lightning speed from any new tab.

Google Chrome is an open source web browser developed by Google. Design goals include stability, speed, security and a clean, simple and efficient user interface.
Its software architecture was engineered from scratch (using components from other open source software including WebKit and Mozilla Firefox) to cater for the changing needs of users and acknowledging that today most web sites aren’t web pages but web applications.
Sandboxing
Every tab in Google Chrome is sandboxed, so that a tab can display contents of a web page and accept user input, but it will not be able to read the user’s desktop or personal files.

Google say they have “taken the existing process boundary and made it into a jail”. There is an exception to this rule; browser plugins such as Adobe Flash Player do not run within the … [ Read more ]

Mozilla Firefox is a fast, secure and easy to use web browser that offers many advantages over other web browsers, such as the tabbed browsing and the ability to block pop-up windows. It lets you to view Web pages way faster, using less of your computer’s memory. Take Firefox with you wherever you go. Synchronize your browsing across multiple devices. Forget clunky URLs – find the sites you love in seconds.

Firefox has the most ways to customize your online experience specifically for the way you use the web. It is built with you in mind, so it’s easy and instinctive to use even the first time you try it. Thousands of Add-ons (little extras that augment Firefox to meet your unique needs) just waiting out there to help you do more, have more fun and be more creative online.

Mozilla Firefox keeps your personal info and your online interests away from the bad guys. Simply put, your security is our top priority.
Choose from 5000 free extras to make your Mozilla Firefox browser look and function the way you want. An add-on can be a new time-saving toolbar button, a shortcut to search, a themed look, and more. Add-ons … [ Read more ]

Wise JetSearch is a free local file search tool which supports both NTFS and FAT drive. It’s the best freeware alternative to Windwos Search and Search Everything.

Wise JetSearch can help you search files or folders on all your local drives in just a few seconds.

Input your keywords, select the drive and then start to search. After searching, Wise JetSearch will show you the searching results such as file/folder name, path, size and last modified date.

Also, a right click can provide you with a direct and convenient way to deal with the file/folder you found out. What’s more, Wise JetSearch only takes up few system resources.

From Hollywood movies, to high-end commercials to next-gen video games, visual effects plays a vital role in winning the hearts of audiences. This means achieving the high levels of realism when creating fire, smoke and fluid effects which has, in the past, consumed lots of simulation time and computer memory. With Houdini , VFX artists will experience game-changing improvements in speed and memory making it easier to achieve blockbuster results.

Read on to learn more about all the new capabilities found in this exciting new release. Then take a look for yourself by downloading the free Houdini Apprentice learning edition and taking Houdini for a spin.

Houdini has been re-architected to be faster and more memory efficient. From a new geometry engine, to targeted optimizations to dynamics and rendering, to viewport enhancements, artists will be able to accomplish more and iterate faster with Houdini .

AIMP is a powerful audio player that allows you to listen to your favorite music with an outstanding sound quality. Its appearance resembles that of another classical audio player (Winamp), so you’ll get used to it very quickly. It can also be customized with skins. The program includes a 18-band equalizer, a visualization window to display rhythmic visual effects and a playlist editor to organize your audio files.
A nice fading effect makes your list of songs look like an endless music loop and a handy volume normalizing feature avoids drastic volume changes between tracks. Also, the player’s main functions can be conveniently controlled by global hotkeys. Besides playing music, AIMP features three extra utilities which also enable you to record any sound on your computer, convert audio files from one format to another and view or edit tags.

AIMP is based on the well-known audio engine BASS, so it’s easy to connect new plug-ins (from the plug-in library included in the program) and expand the player’s functionalities.

Macrium Reflect is a complete backup and disaster recovery solution.

Reflect can backup files and folders into a compressed mountable archive file or your entire PC into a single image.

Using this image you can restore the entire disk, partition or individual files and folders. You can create full, differential and incremental images to optimize backup speed and disk space requirements.

Macrium Reflect uses leading data compression techniques to create accurate and reliable images of your hard disk or partitions on your disk.

Macrium Reflect integrates fully with Windows Explorer, a partition image can be created with a simpleright click.… [ Read more ]

AutoCAD is the world leader in solutions for 2D- and 3D-design . As more graphic , 3D modeling to accelerate the design work and documentation , share models and develop new ideas . For thousands of AutoCAD available add-ins that can satisfy the needs of a wide range of clients.

Zoner Photo Studio helps you take control of your photos.

Zoner Photo Studio is a complete toolbox for managing and processing digital photos.

Acquire pictures from your camera, organize your archive, and edit and share your photos – it’s never been easier!

Zoner Photo Studio is useful for beginners, advanced users, and experienced photographers, who can select one out of four different variants.

Zoner Photo Studio is made for every user of digital cameras, scanners, and mobile devices. It contains everything you need for quality digital photo processing from start to finish: tools for downloading to your computer, for automatic and manual editing and defect correction in pictures, for easy photo management, and for sharing and publishing photos. Zoner Photo Studio also provides effects from fun (e.g. oil painting and posterization) to highly professional (e.g. framing and text-in-image).
Do all your photo jobs in one place: downloading, editing, basic and advanced edits, and sharing.
Get to work fast thanks to tools like the first run wizard and to the intuitive interface.
Get impressive results already just by learning a few easy edits.
Save lots of time thanks to automatic photo sorting, batch edits, and direct integration with Zonerama online galleries.… [ Read more ]

Opera web browser is based on Chromium and Blink (the rendering engine used by Chromium). It has come up with bigger guns to enter the race for the most popular web browser, as the current leading role is played between Google Chrome, Firefox and Internet Explorer. The web browser has one intuitive, powerful location for searching and navigating the web.

Search using multiple providers and view site suggestions as you type. The Discover feature gives you top-quality news and entertainment from around the globe.

Opera also has the advanced functions such as Opera Mail program, the lightweight, customizable mail client that refines your email experience.

Opera displays security badges, which give you a quick glance at the security of a page. If the browser’s Fraud and Malware Protection detects anything potentially dangerous, it will display a popup to warn you. 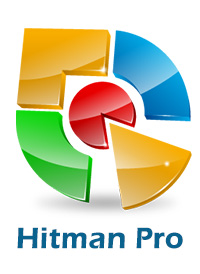 HitmanPro is the fastest solution to see if your computer is infected with viruses. This software is also portable and can run from a USB Flash Drive, CD/DVD, local or network attached hard drive.

Hitman Pro 3 is a fast all-in-one tool to locate, identify and remove viruses, spyware, trojans, rootkits and other malware. Hitman Pro 3 will quickly show if your PC is infected with malicious software.

Research shows that many computers are infected, even if they have an up-to-date security suite installed, and that a combination of different anti malware programs would be required to prevent infection.

Recognizes and removes viruses, trojans, rootkits, spyware and other malware.

Revolutionary innovation in scanning technique to distinguish between malicious and safe software without signatures.
Short scan time – searches the system within a few minutes.
No extra system load.
Impossible to make false positives on important systems files thanks to “profiling” and whitelisting.
Multi-vendor identification of malware in our real-time “Scan Cloud”.
Automatically restores common system alterations made by malicious software.
Creates a check point … [ Read more ]