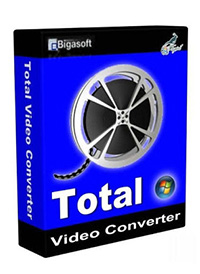 The amazing video converter is not only an easy-to-use movie conversion tool but also a powerful audio converter which can convert between audio files like MP3, AAC, AC3, WAV, WMA, etc.

Moreover, it can extract audio from video and music video by only a few clicks.

Extract audio from video
Rip music from your favorite movie or music video to listen whenever you like.

Capture picture from video
Take video snapshot to capture a certain scene in the video as you like.

Batch conversion
Convert multiple files at a time to save your time. Moreover, it can turn into a great video joiner to merge them into a complete one.

Easy to use
By super easy and intuitive user interface, only 3 steps, and you can easily enjoy favorite movie wherever you are.