Create partition and disk images for backup purposes and restore them whenever necessary, all thanks to this powerful open-source application. There’s nothing worse than losing all the data stored on the computer because of a hard disk failure or a serious system crash. Fortunately, there are advanced backup and recovery systems out there that can help you prevent such situations from happening.
Clonezilla is one of them.

Backup disks and partitions for later restoring
Designed as an alternative to expensive disk cloning apps, Clonezilla is capable of creating backups for the entire hard drive or individual partitions. When disaster strikes, you can use Clonezilla’s disk or partition image to put everything back to its place and retrieve your lost files.
There are two downloading options Clonezilla offers: ISO and ZIP packages, each for different booting media: the first for CDs/DVDs or PXE servers, the second for USB flash / hard drives. Deployment is not difficult but a boot disk creating application (such as Tuxboot, LinuxLive USB Creator or Rufus). Alternatively, experienced users can perform this operation manually.
Create bootable disks and start creating backups 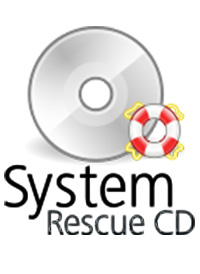 Professional iPhone data recovery software gives you flexible solutions to recover lost data from any iPhone, iPad and iPod running the latest iOS 14. (WhatsApp, Messenger, Kik, Line, Viber, WeChat supported).Support 30+ File Types Recovery from Any iOS
Up to 31 data types can be recovered from iPhone, iPad and iPod Touch. All files can be recovered from iTunes or iCloud backups. As for media file, you may only get the thumbnails of photos and videos when switching to “Recover from iOS Device” but it is possible to retrieve from backups and iCloud synced data.

3 Options Enable You To Recover Lost Data
Don’t be afraid to lose data, iPhone Data Recovery helps you get them back. This mobile expert offers 3 recovery modes to recover deleted files from iPhone, iPad and iPod touch.

Recover from iDevice Directly
Just plug iPhone/iPad/iPod touch into computer/Mac and launch this terrific software, you can directly recover contacts, photos, messages and more from your iOS device, even if your device is damaged or dropped into water.

Recover from iTunes Backup
Every time you connect your iDevice to computer, iTunes will automatically create a backup for your device. Whenever you want to restore data from … [ Read more ]

Deleted a bunch of files from the hard disk or lost information after a memory card failure? Want your documents, compressed archives or digital pictures back? Looking for a tool to recover files from a repartitioned disk?

Formatted a hard drive or memory card and want your files back? Something really important stored on a drive that turned unreadable?

No worries, your files are not gone forever. Chances are that your files are sitting safely exactly where they used to be. You simply need a way to get them back. Today’s data recovery technologies have drastically evolved. With modern file recovery utilities you can even recover everything from a crashed hard drive that’s been repartitioned and formatted afterwards, let alone simple cases such as formatted memory cards or deleting a bunch of files from the Recycle Bin.

RS File Recovery is a modern file recovery utility using highly sophisticated algorithms to locate and recover your files and folders. You can use this file recovery utility to undelete a single file or a bunch of folders, recover information from corrupted and formatted disks and memory cards.

WinDataReflector is a lightweight file synchronization and backup tool that wraps up fast file comparison and transfer algorithms into a simple and clear interface that offers you visual comparison of files and folders before synchronizing and backing them up and support for two way synchronization with fully customizable rules.
Key Features:
Supports synchronizing to major cloud services, SFTP and FTP

WinDataReflector supports synchronizing files and data to Google Drive, DropBox, OneDrive, FTP and SFTP. It can sync files between a local folder or network share and a cloud folder or two cloud folders.
Two way synchronization with fully customizable rules
Changes made to either left or right folder are mirrored to the other folder making them identical and you can also configure WinDataReflector to only propagate certain changes.
Automatic synchronization and backup with built in scheduler
Schedule any task to run automatically at certain times of day or days of week and at specific intervals.
Automatic synchronization of USB flash drives and external hard disks

Recognize external hard disks and flash drives by volume label, regardless of drive letter, and optionally start backup and synchronization tasks automatically whenever a flash drive or external disk is connected to the computer.
Real … [ Read more ] 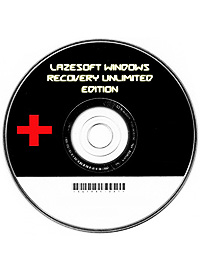 You can use Lazesoft Windows Recovery backuping your entire Windows system or disk before repair. The most fix operation just need one click and the operation is undoable. If you donot satisfied the fix result, you can just undo it.

Recover Windows from critical system errors when BSOD or it displayed a black screen..

Depending on your data loss situation software is recommended only when your hardware or computer system is functioning properly.

The most advanced edition with Network Recovery Support for companies that need to protect multiple workstations.

RescuePRO Deluxe is a software application that helps users recover images, documents, audio and video files, or other type of files that were accidently deleted, lost, or formatted. It sports a clean and straightforward interface that gives you the possibility to select the recovery method: images, audio or video files, or all types of items. It offers step-by-step assistance, so even rookies can master the process with minimum effort.
The program doesn’t allow you to select the directories to be scanned, and in order to carry out the recovery process you need to upload IMG files that store raw disk images of floppy disks, hard drives, or optical discs. At the end of the scanning operation you can view a list with the recovered items, preview the selected files, and analyse their properties.
Other important options worth mentioning enable users to create backups which can be saved to IMG file format and erase data securely from the computer, so it cannot be recovered with dedicated tools. During our testing we have noticed that RescuePRO Deluxe carries out a task very quickly and without errors throughout the entire process. It doesn’t eat up a lot of CPU and memory, so it … [ Read more ]

Software for Recovering Deleted Files and Folders. Looking for a tool to quickly recover deleted files? Need to undelete erased documents or recover a bunch of deleted folders? Deleted a bunch of files with Shift + Delete or cleared up the Recycle Bin?

Hetman Uneraser will help you get everything back in a matter of minutes!

Hetman Uneraser quickly recovers deleted files and folders from just about any kind of storage media.

Hard drives, memory cards, external storage, USB drives – you name it! The tool will reliably recover accidentally deleted files even if you used the “permanent delete” function with Shift + Delete, and restore data cleared from the Recycle Bin.

We made Hetman Uneraser as comfortable to use as at all possible. The interface is designed in the familiar “My Computer” fashion, allowing you to browse through deleted data just as you would browse files and folders in Windows Explorer. Recovering deleted files and folders is just as easy: simply pick a file to undelete and click the “Recover” button. It’s just that easy.

Efficient & easy to use recovery utility for deleted, damaged or lost files, even if your PC doesn’t boot.

[email protected] File Recovery for Windows provides the ability to effectively detect and recover files and disks lost due to accidental deletion, disk formatting, virus and other reasons.
Main Features:

Recover deleted files after Recycle Bin has been emptied, or files were deleted while bypassing the Recycle Bin (ex. large files)