Spybot 2 Technician Edition has been designed for single support case handling. It combines all our tools including anti virus protection into one package for the technician user. With our Technician Edition you can be proactive by scheduling immunization of your system or run an automated scan for malware and rootkits. Updates can also be automated so they are no longer a cause for concern.

With our ‘Startup Tools’ you can check various ’autostart’ locations for entries that might impact on speed or security. Spybot 2 comes with its own whitelist which helps to identify if files are legitimate or not. This useful addition helps to speed up the scan. The supported ‘command line parameters’ will help you to tailor the level of automation you require. Users of the Technician Edition also get high priority email support.

If all access to an infected machine has been lost, due to a malware infection, the Spybot Boot CD Creator will guide … [ Read more ] 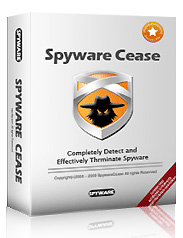 The predecessor of Spyware Cease Security Center is a Computer Security Research Club constituted by a group of computer lovers from different fields, including various IT Companies, schools, research institutions, as well as some social workers. Three years later, Spyware Cease Security Center was formally established in September 2008, dedicating to the research of Internet Security and setting up three professional R & D teams to carry out the major work.

Before the establishment of Spyware Cease Security Center, the security system based on the network has already begun being studied. After years of hard work by the research staff, the network-based security system set up by applying more than 100 advanced servers was accomplished in May 2009. The security system is composed of different sessions, such as:

Spyware Cease will continue to improve the existing technology and build up a perfect security system gradually for all users. … [ Read more ]